Both articles by Kwok et al. (2016) and Shelton et al. (2016) give some very interesting talking points with regards to interactive media. Specifically, that both groups, children and post-secondary aged subjects had similar, if not better results than the face-to-face/traditional delivery formats. Some interesting points that I came across was that the interactive media would result in all participants experiencing the same instructions (Kwok et al., 2016) and that there would be less human error in data input or experimenter bias. Additionally, depending on the context, parents and educators should feel relief that learning from interactive media may not be inferior to real-life interactions when used in moderation. I really found it interesting when comparing the interactive media to the conventional method, that the student surveys all scored higher average ratings for the interactive media within the four categories of student engagement, scaffolding learning, learning gains, and student accountability (Shelton et al., 2016).

I think that interactive media would work best in an asynchronous online learning environment where the student would be responsible to engage and learn at their own pace. I could really see interactive media being used in almost any area in Science. I have a much harder time thinking of an example where something could not be supported by interactive media. 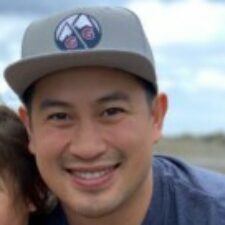 We acknowledge and give honour to the Secwepemc—the ancestral peoples who have lived here for thousands of years—upon whose traditional and unceded land Thompson Rivers University is located.

We acknowledge and give honour to the Secwepemc—the ancestral peoples who have lived here for thousands of years—upon whose traditional and unceded land Thompson Rivers University is located.